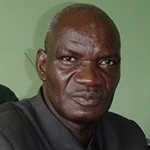 Mr. Karnwea  was Minister of Internal Affairs, Republic of Liberia prior to this assignment. The Ministry of Internal Affairs in Liberia is responsible for local governance, rural development and decentralization. The ministry also manages disaster relief, risk management and humanitarian activities. It provides supervision for the utilization of Counties and Social Development Funds. He is credited for engendering a new sense of integrity and accountability in the ministry during his tenure.The Managing Director comes from the private sector with over thirty years’ experience managing several rubber plantations in Liberia. The MD is a turnaround manager par excellence, having successfully resuscitated several failed plantations in Liberia. He was Planting Materials Officer at the Liberian Rubber Development Unit (LRDU) 1982 to 1985, Production and Factory Manager at the Sinoe Rubber Corporation (SRC)  1985 to 1989, Supervisor at the Agricultural and Cooperative Development Bank (ACDB) 1989 to 1990, General Manager at Cavalla Rubber Corporation (CRC) 1996 to 1998 and 2006 to 2008, General manager at the Cocopa Rubber Plantation in 1999 to 2003 and 2008 to 2010 and facilitated the GoL recovery of Guthrie plantation from Ex- rebel fighters in 2006 in collaboration with the Rubber Planter Association of Liberia (RPAL).He first entered the Public Sector as Superintendent (Regional Governor) of Nimba County in the National Transitional Government of Liberia (NTGL) from October 2003 to April 2006. He served with virtues in that post reestablishing state authority and initiating reconciliation in the region where the civil crises commenced in late December 1989. Based on his record of integrity and excellent human relation in the private sector, he was requested by Madam Ellen Johnson Sirleaf, President of the Republic of Liberia to serve as Minister of Internal Affairs on April 1, 2010. He honorably retired in February 2012 to return to private life. Barely six months after his departure, was again requested by the president to hold over as Interim Managing Director of FDA pending an investigation into allegation of malpractices in awarding forestry licenses (PUPs). He was formally appointed MD this January in apparent appreciation of the leadership he provided during the past months.