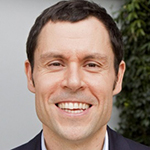 Elwyn Grainger-Jones started his career as an Overseas Development Institute fellow in Guyana in 1993, having studied economics at the London School of Economics and the University of Warwick.  He then joined DFID, holding various positions, including working in South East Asia and leading the trade policy team.  During a three year leave of absence Elwyn worked as the World Bank's trade representative in Geneva, led a one-year World Bank study on export diversification in Botswana, and spent a year helping the EBRD develop its poverty impact assessments.  Elwyn returned to DFID to establish and lead its Climate and Environment department. Elwyn then joined the International Fund for Agricultural Development as Director responsible for IFAD's Environment and Climate Division. Elwyn also worked as Director of Policy and Operations at the Global Environment Facility. Most recently, Mr. Grainger-Jones is the Executive Director of the CGIAR System Organization.