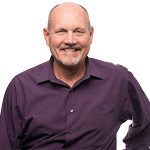 Keith Alger is Senior Vice President Americas and Africa at the US-based conservation charity Rare. He joined Rare from Conservation International where he led the social science research program. He also directed a strategy support unit guiding CI’s national conservation programs in biodiversity hotspot countries on ecotourism, agroforestry, environmental education, and conservation policy reform. In the 1990s, he was founder and Executive Director of a local conservation group (Instituto de Estudos Sócio-Ambientais do Sul da Bahia) in Brazil. During this period, he was also a professor at the State University of Santa Cruz, in Ilheus, Brazil. Mr. Alger was an assistant professor at the University of Florida and obtained his PhD. in Political Science from the University of Wisconsin-Madison.