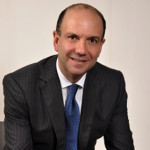 Minister Gabriel Vallejo Lopez is a lawyer from the Universidad Externado de Colombia. In his professional career he has occupied managerial positions at the Compañía Mundial de Seguros and Hoteles Royal. He was Vice-President of Human Resources at Noel and General Manger at Canal Capital in Bogotá, General Director at HSM Group in Mexico, Comercial Vice-President for Latin America for HSM Group and General Manger for Specialized Media at El Tiempo.  Minister Gabriel Vallejo has also worked as professor at various universities. Under Juan Manuel Santos’ government he was director at the Department for Social Prosperity. He has Master’s Degrees in Human Resources Administration and Marketing, as well as an MBA.