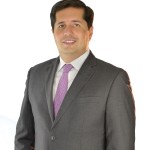 Carlos Alberto Cuellar Medina is the Director General of the Regional Autonomous Corporation of Alto Magdalena (CAM) in Colombia. His organization is the leading body of environmental policy in Colombia in the department of Huila, where he is in charge of the first regional action plan on climate change in Colombia: the Huila Climate Change Plan 2050. Mr. Cuellar is an engineer in Agronomy, with a Master’s degree in environmental engineering and management. Previously he was Director of the biological corridor project between the National Parks of Puracé and Cueva de los Guacharos. Mr. Cuellar was in charge of the technical and social aspect of the forest watch program in Colombia that involved some 4,300 families. He also served as assistant manager for the environment in the chief planning office, section of regulation and environmental quality .