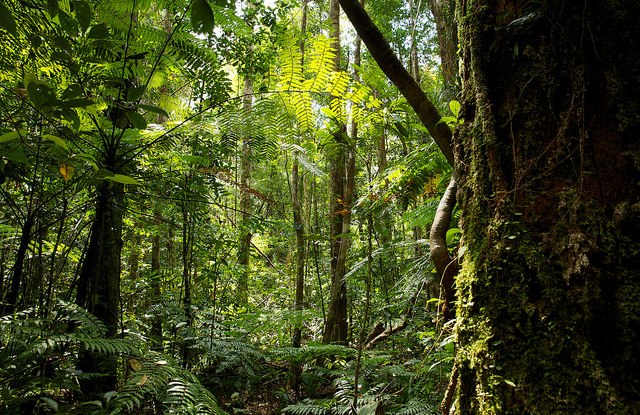 Study shows that when policymakers take shortcuts, the likelihood for under-performance of Payment for Environmental Services (PES) schemes is greater

Let’s assume you want to conserve a large, widely-forested watershed by compensating people for not cutting down trees. Would it be more effective to choose the most threatened, erosion-prone areas first? Would it be best to offer higher payments for the most strategic spots? Or should you offer the same payment per hectare to everyone, to avoid jealousy and keep transaction costs down?

Einstein once said: “Everything should be made as simple as possible, but not simpler.” This quest for the right level of sophistication also applies to payments for environmental services (PES).

A recent meta-study of 55 PES schemes from around the world sheds some light on what payment strategies work best, under particular circumstances, to bring about optimal environmental impacts.

The study found some surprising patterns, says Sven Wunder, a scientist at the Center for International Forestry Research (CIFOR) and co-author of the report.

“Considering the large diversity of experiences worldwide, we found that PES schemes fell into three neat clusters,” Wunder says. Some are implemented by governments, others are coordinated by non-governmental organizations (NGOs), and still others are private commercial ventures. The three groups all have different characteristics.

“Previous studies focused largely on public versus private models, but we also found a difference between private, commercial, and typical NGO schemes in terms of focus, relationship with markets, and other factors,” Wunder says. “The type of implementer and the characteristics of the PES scheme tend to go hand in hand.”

READ ALSO: Study: Global Patterns in the Implementation of Payments for Environmental Services

When a single ecosystem is to provide many ecological services, for example, it is easiest for the scheme to be managed by a government, which can act as a custodian for the many different players involved.

Non-governmental organizations may manage compensation for services such as biodiversity conservation, using funding from foundations, or perhaps companies that have a special interest in a certain area.

Private schemes include carbon storage, where there is a mechanism for trading credits, or watershed conservation, in which payments could be gleaned from hydroelectric power companies, water bottlers, or breweries.

The mix of types varies in different parts of the world, with public schemes dominating in Asia, Latin America and Europe, while the few schemes operating in Africa tend to have less public-sector involvement.

Forests tend to play an important role in all three types of PES schemes—public, private non-governmental and private commercial, the study found.

So what determines whether or not a PES model is likely to make a positive environmental difference, known as an “additionality”?

First is whether the implementers target places that offer great possibility for gains, such as biodiversity hotspots, and places that are threatened, such as areas of high deforestation. Both forms of targeting offer possibilities for making a noticeable environmental difference.

Second is offering different payment rates, depending on the goal. Paying more for ecosystem services in cloud forest than other forests, as Mexico has done in its national watershed PES scheme, creates an additional incentive to protect a strategic ecosystem for capturing water. Especially vulnerable ecosystems—such as forest close to a road, where the threat of deforestation is higher—can also be better preserved if higher payments are offered.

Geographic targeting and differentiated payments may go hand in hand for greater effectiveness.

“Combining them helps ensure that you get the right people and land areas into your PES scheme,” Wunder says. “Targeting means you pre-screen who can take part in the scheme. Once you have decided that, you can offer to pay more for some features, making it more attractive for those special landowners or resource stewards to join.”

The third factor is whether penalties are applied for non-compliance with PES contracts —what the researchers call “enforced conditionality.” Failure to comply with the terms of a PES scheme usually carries a sanction, but those punishments often are not carried out, Wunder says. Failure to monitor and enforce compliance with the PES agreement can doom it to failure.

“Many of the schemes we looked at in our study have never punished anybody,” Wunder says. “They all monitor compliance, to some extent, but the real test is whether they sanction non-compliance. Often, that’s a political choice, because punishing people by cutting their payments can have a high political cost.”

READ ALSO: Revisiting the concept of payments for environmental services

Wunder and his colleagues from the French research center CIRAD (Agricultural Research for Development) hope to expand the study, adding more case studies and examining in more detail which types of schemes have the greatest impact or “additionality”.

Meanwhile, Wunder says, policymakers can learn from their present findings.

“The lesson is that it’s costly to oversimplify,” he says. “Many implementers still choose the easy way out—not targeting, paying the same amount per hectare or per family, and lax attitudes towards sanctioning.”

Even when penalties for non-compliance with PES agreements are stated clearly in contracts, it can be convenient to turn a blind eye, because punishing people can have a political cost.

“Our study shows that if you take the easiest route, with too many shortcuts, the likelihood for under-performance of PES is greater,” Wunder says.

This study is part of the PESMIX project with the French research center CIRAD (Agricultural Research for Development).

For more information on this topic, please contact Sven Wunder at s.wunder@cgiar.org.

This research forms part of the CGIAR Research Program on Forests, Trees and Agroforestry
Share this
﻿