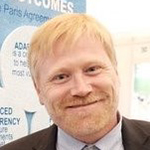 Øyvind Dahl is a Counsellor for Forest and Climate Change at the Royal Norwegian Embassy in Jakarta. Since taking the post in August 2015, Mr. Dahl has worked closely with the Peatland Restoration Agency (BRG) since its establishment in January 2016, including during the drafting of the Peat Moratorium.

Previously Mr. Dahl was a Senior Advisor in the Ministry of Climate and Environment, where he served as the focal point for Norway’s entry as a member of the Global Green Growth Institute (GGGI), the establishment of the Global Commission on the Economy and Climate, and for Norway’s contribution in the Initiative for Sustainable Forest Landscapes (ISFL) with the World Bank.

As a Senior Advisor in the Norwegian Agency for Development Cooperation (Norad), Mr Dahl managed NICFI grants to global NGOs working on REDD+, and coordinated support to Norwegian political youth movements engaged in democracy support to sister movements in developing countries. He also served as Climate Advisor to Norway’s Forum for Development and Environment, where his responsibilities included coordinating civil society participation from Norway in international UN negotiations and high level meetings, especially UNFCCC. Other roles undertaken by Mr. Dahl was as Programme Officer for Environment and Food Security at the Royal Norwegian Embassy in Ethiopia.