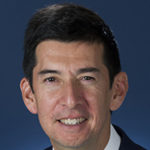 Dr Lee was previously Australia’s Ambassador for Climate Change (2012-2014), High Commissioner to Bangladesh (2009-2012) and also served overseas as Counsellor and Head of the Political Section in Jakarta (2005-2008) and as Third and later Second Secretary at the Australian High Commission in Port Moresby (1999-2001).

In Canberra, he has served in a range of positions at the Department of Foreign Affairs and Trade (DFAT).  He was most recently acting First Assistant Secretary, Multilateral Policy Division, and was also Assistant Secretary, Consular Policy Branch (2008), Director of the Media Liaison Section (2004-05) and worked in the Indonesia Section (2002-04) and Nuclear Policy Branch (1996).  He joined DFAT in 1995.

Dr Justin Lee holds a BA (Jur.) (Hons), a PhD in Development Geography from the University of Adelaide and a Graduate Diploma in Foreign Affairs and Trade from Monash University.