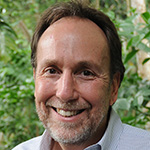 John Colmey is Director of Communications, Outreach and Engagement for the Center of International Forestry Research, or CIFOR, (http://www.cifor.cgiar.org/) one of the world’s leading research institutions on tropical forests and climate change. CIFOR has scientist working in 37 countries from Indonesia to the Amazon. John has spent more than 25 years in Africa, South, East and Southeast Asia: including seven years as a senior research editor and writer, and more than 12 years as a foreign correspondent in radio, broadcast and print, five years with TIME Magazine where he served as Hong Kong Bureau Chief. As a journalist, John won numerous international and national awards. He has B.S. in forestry and a M.Ag in technical communication, both from the University of Minnesota, a M.A. in economic geography from the London School of Economics, and a MS. in journalism from Columbia University in New York.