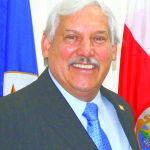 Víctor M. Villalobos, the Director General of IICA, is a specialist in agriculture and in natural and genetic resources. He has a long career as a professor, researcher, research director, and in international and governmental institutions. He is a member of the Swedisch Academy of Agriculture and Forestry, of the Science and Technology Commission of the Mexican National Council for Science and Technology (CONACYT), and of the University of California UC – Mexus. In 1995, he received an award of the Mexican President for his work in applied biotechnology for agriculture. Mr. Villalobos is an Honorary Professor of the Postgraduate College and distinguished Alumn of the Autonomous University of Chapingo, Mexico, and a Honorary Doctor of the Centro Agronómico Tropical de Investigación y Enseñanza (CATIE).