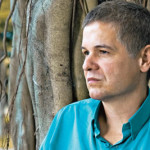 Sven Wunder joined the Center for International Forestry Research (CIFOR) in February 2000 and works as a Principal Economist in the Livelihoods Programme. His research focuses on areas such as payments for environmental services, deforestation, and poverty. Smallholder production systems and markets. His interests include landscape management for environmental services, biodiversity conservation and livelihoods, climate change adaptation and mitigation. Previously, Mr. Wunder has worked for IUCN, the Center for Development Research in Denmark and Danida. He received his PhD in Economics from the University of Copenhagen in 1992 and a DSc in Forestry from the Royal Veterinary and Agricultural University in Copenhagen in 2001.