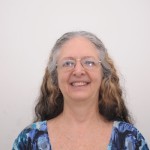 Muriel Saragoussi is Scientific Manager at the Large-Scale Biosphere Atmosphere Experiment (LBA) in Amazonia, a program of the Brazilian Ministry of Science, Technology and Innovation. Ms. Saragoussi has held positions in government – e.g. Director of the National Council of Environment (CONAMA) and National Secretary (vice-minister) of Coordination for Amazonian Policies; and with NGOs – e.g. Campaign Coordinator at Oxfam in Brazil. Originally an agricultural engineer, she has a PhD in Plant Physiology. She has authored and co-authored numerous scientific publications and books.