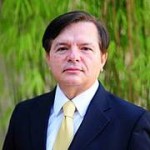 Professor Antonio Herman Benjamin was appointed Justice of the National High Court of Brazil in 2006 by President Luiz Inácio Lula da Silva. Previously, he was Assistant Attorney General of the State of São Paulo for over twenty years. Professor Benjamin was the founding President of both the Brazilian Consumer Law and Policy Institute and Law for a Green Planet Institute. He is a member of the UN Secretary General Legal Expert Groups on Crimes against the Environment and for many years a member of the Brazilian Environmental Council (CONAMA). Currently, he is the chair of the Brazil-US Law Society and the IUCN World Commission on Environmental Law. Justice Benjamin is a professor at the Catholic University of Brasília School of Law and a visiting professor of the University of Texas School of Law at Austin since 1994. He is the founder and emeritus editor-in-chief of the Brazilian Consumer Law Review and the Brazilian Environmental Law Review. He has co-drafted several major Brazilian statutes, including the 1990 Consumer Protection Code, the 1992 Anti-Corruption Act, the 1994 Competition Act, the 1998 Crimes Against the Environment Act, the 2012 Forest Code, the 2006 Forest Concession Act and the 2006 Atlantic Forest Act. Professor Benjamin has published over thirty books and articles in Brazil and abroad. During the 2012 Rio+20 Conference, he served as Secretary-General of the UNEP World Congress on Justice, Governance and Law for Environmental Sustainability. He received his LL.B. from the Federal University of Rio de Janeiro, his LL.M. from the University of Illinois and his PhD from the Federal University of Rio Grande do Sul.

Notice: Trying to get property 'post_id' of non-object in /home/landscapesvm/archive.globallandscapesforum.org/wp-content/themes/landscapes2014/sidebar-speakers.php on line 28