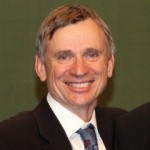 David Cooper is Director of the Division for Science, Assessment and Monitoring at the Secretariat of the United Nations Convention on Biological Diversity (CBD). Previously, he led work to promote the implementation of the Strategic Plan for Biodiversity 2011-2020 and national biodiversity strategies and action plans. He was Secretary of the successful tenth meeting of the CBD Conference of the Parties, Nagoya, Japan, October 2010, which adopted the Strategic Plan and its twenty Aichi Biodiversity Targets. Earlier he led the development of the Convention’s Programme of Work on Agricultural Biodiversity and the Global Strategy for Plant Conservation. Earlier, Mr. Cooper worked at the Food and Agriculture Organization of the United Nations, for the non-governmental organization GRAIN and in the Agricultural Research Council of the United Kingdom. He is a member of the Scientific Committee of DIVERSITAS. He was a lead author for the Biodiversity Synthesis of the Millennium Ecosystem Assessment as well as the chapters on food and agricultural ecosystems. He was also part of the writing team for the second and third editions of the Global Biodiversity Outlook and the main author of the first report on the State of the World’s Plant Genetic Resources for Food and Agriculture. He has edited four books on agricultural biodiversity and has written numerous papers on biodiversity science and policy. Mr. Cooper holds an MA in Agricultural and Forest Sciences and a D.Phil in Plant Physiology, both from the University of Oxford.