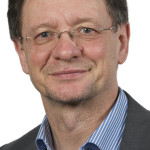 Alexander Müller is a Senior Fellow and Secretary General ad interim at the Institute for Advanced Sustainability Studies (IASS). He has more than 20 years of experience in promoting environmental and social sustainability. He is currently supporting the Global Soil Forum. From 2006 until 2013 Mr. Müller served as Assistant-Director General of the Food and Agriculture Organization of the United Nations (FAO) and was responsible for the Department for Natural Resources and Environment. The Secretary-General of the UN nominated him as a member of the Advisory Group on Energy and Climate Change (AGECC) in June 2009 to advise him on the energy-related dimensions of the climate change negotiations. From 2008 to 2011 he was chair of the United Nations System Standing Committee on Nutrition (UNSCN). Mr. Müller is a former city councillor from Marburg, Germany.