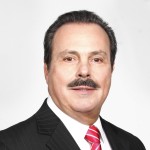 Mexico’s Agriculture Minister Enrique Martinez y Martinez has led a career in politics and is affiliated with the Revolutionary Institutional Party (PRI). Previously, he served as governor of Coahuila from December 1999 to 2005. He has also been elected twice to the Chamber of Deputies. Minister Martinez holds a bachelor’s degree in Economics from the Monterrey Institute of Technology and Higher Studies.