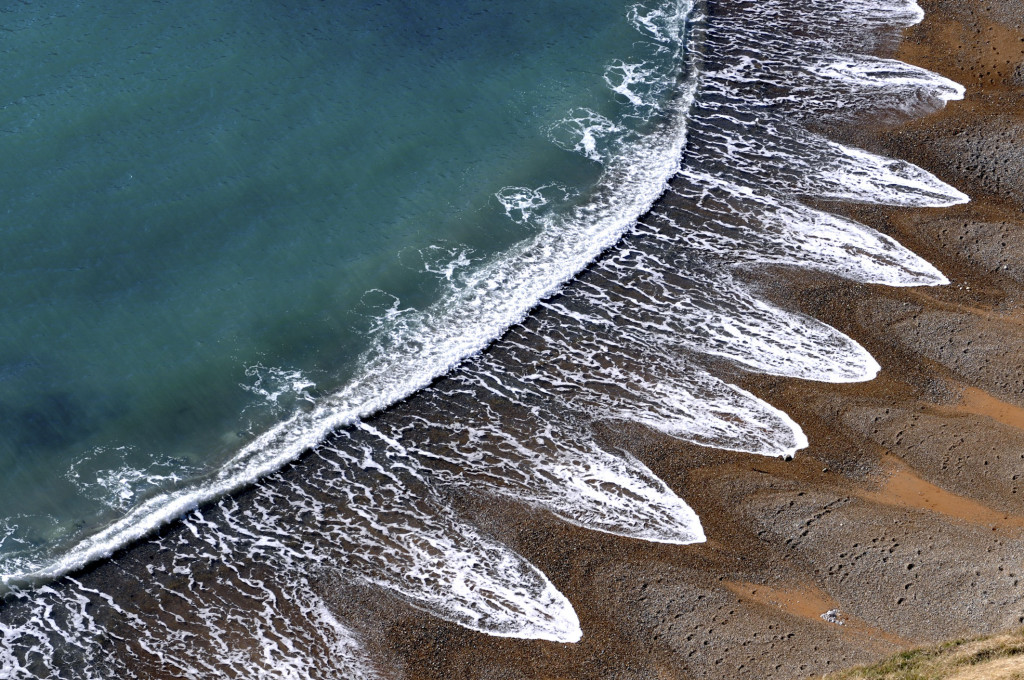 Photographer’s comment: “This image was created on the South coast of England, in Dorset, a protected UNESCO World Heritage Site Jurassic Coast (2001). It portrays a unique physical phenomenon whereby the ways create a striking pattern on the sandy beach. The Jurassic coast stretches for 153 kilometres and includes a extraordinary sequence of Triassic, Jurassic and Cretaceous rock formations, enabling the study of the Mesozoic era (251-66 million years ago) or approximately 185 million years of the Earth’s history. The site shows excellent examples of landforms, including the natural arch at Durdle Door, the cove and limestone folding at Lulworth Cove and an island, the Isle of Portland. The region is well known for its migratory wildfowl habitats. By searching for extraordinary in the ordinary, the artist is trying to highlight the fragility of natural ecosystems and the importance of preserving them.

This image was captured in 2008, and 2013 saw a huge landslide on the Jurassic coast and it is not clear if a depicted phenomenon cou d be observed on the beach today. Reflecting on the interaction of four primary elements of air, earth, fire and water of the pre-Socratic classical Greek philosophical tradition, the artist sees this image in the context of the tension between the primary elements of water and earth. In this image, the beauty of lacy patterns made by sea and surf are mirrored on the sandy shore where, by contrast, crowds of insistent footprints allude to the pressure man puts on nature.“