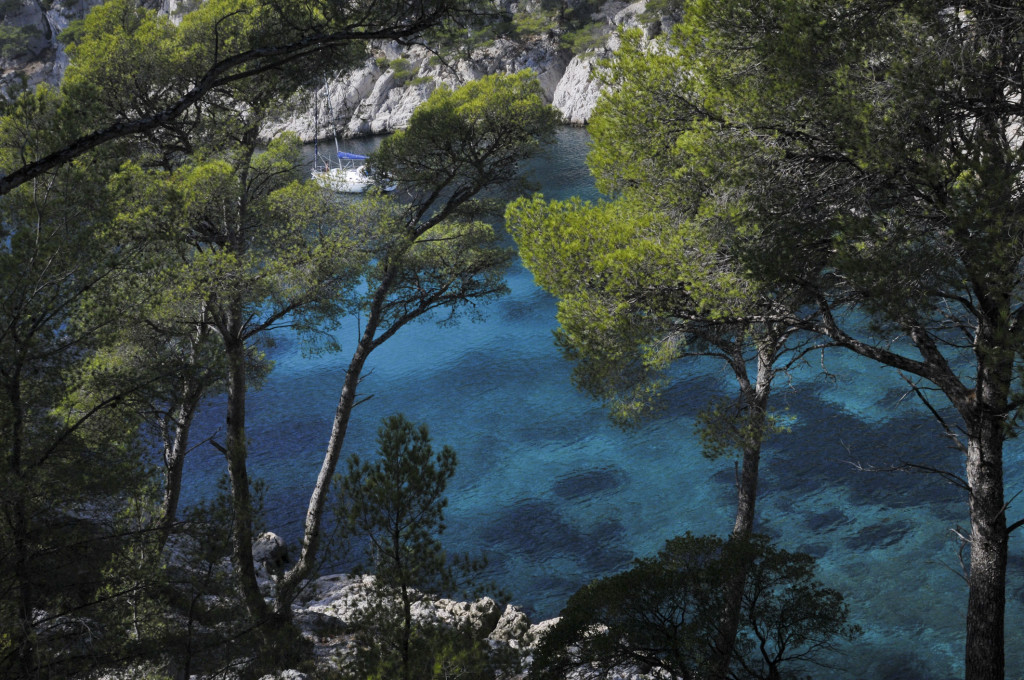 Photographer’s comment: “Cassis has been a source of inspiration for many artists: Signac, Matisse, Derain – all have visited this picturesquePhoenician fishing village and absorbed the evocative surrounding landscapes. A calanque (from the Corsican word of pre-Indo-European origin calanca (plural calanche) with meaning “inlet”; Occitan calanca too) is a steep-walled inlet, cove, or bay that is developed in limestone, dolomite, or other carbonate strata and found along the Mediterranean coast. The calanques have a particular ecosystem, as soil is almost non-existent there, and the limestone cliffs instead contain numerous cracks into which the roots of plants are anchored. In places where cliffs are less vertical, their vegetation is a classical Mediterranean maquis, typically consisting of densely-growing evergreen shrubs such as sage, juniper and myrtle. It is similar to heath in many aspects, but with taller shrubs, typically 2-4 m high as opposed to 0.2- 1 m for heath. The calanques also shelter rabbits, foxes, large crows and the Bonelli eagle, as well as many reptiles and wild boars.

Now the latest National Park of France, Parc National des Calanques (2013), this image presents a unique ecosystem in the context of a tension between two primary elements – water and earth“